Today we heard that evidence of whippoorwill have been found on the proposed site. The Whip-poor-will is a threatened species and receives automatic species protection under Ontario’s Endangered Species Act, 2007. General habitat protection also protects the species’ habitat from damage and destruction. A recovery strategy and a species-specific habitat regulation are being developed.

The Whip-poor-will was assessed as a threatened species nationally by the Committee on the Status of Endangered Wildlife in Canada (COSEWIC). Status: threatened provincially and designated threatened federally.

We were also presented with the traffic study with all the staggering numbers.

Tomorrow is Public presentation day where members of the public who signed up to speak will address the board member with their personal concerns about the proposed application. 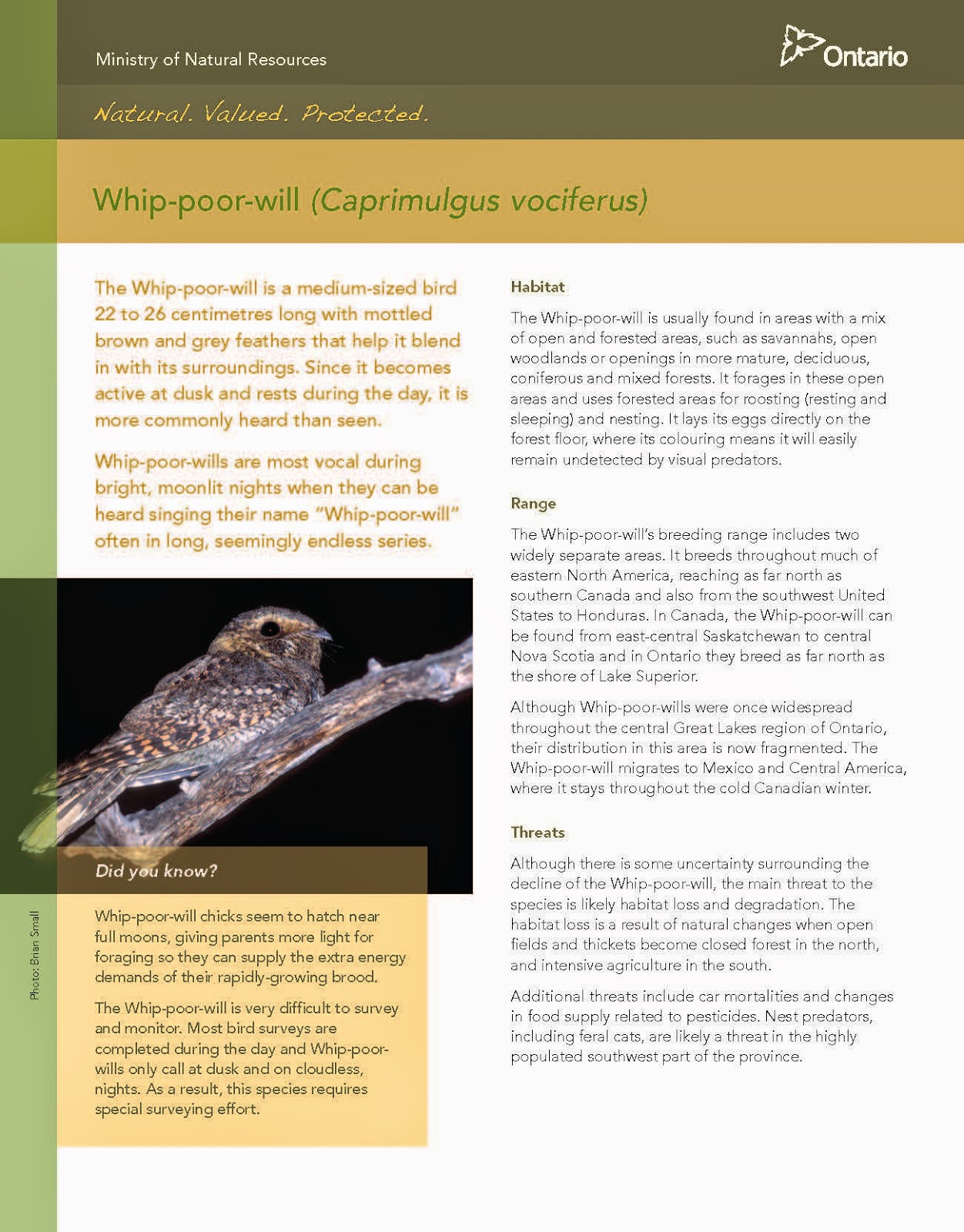 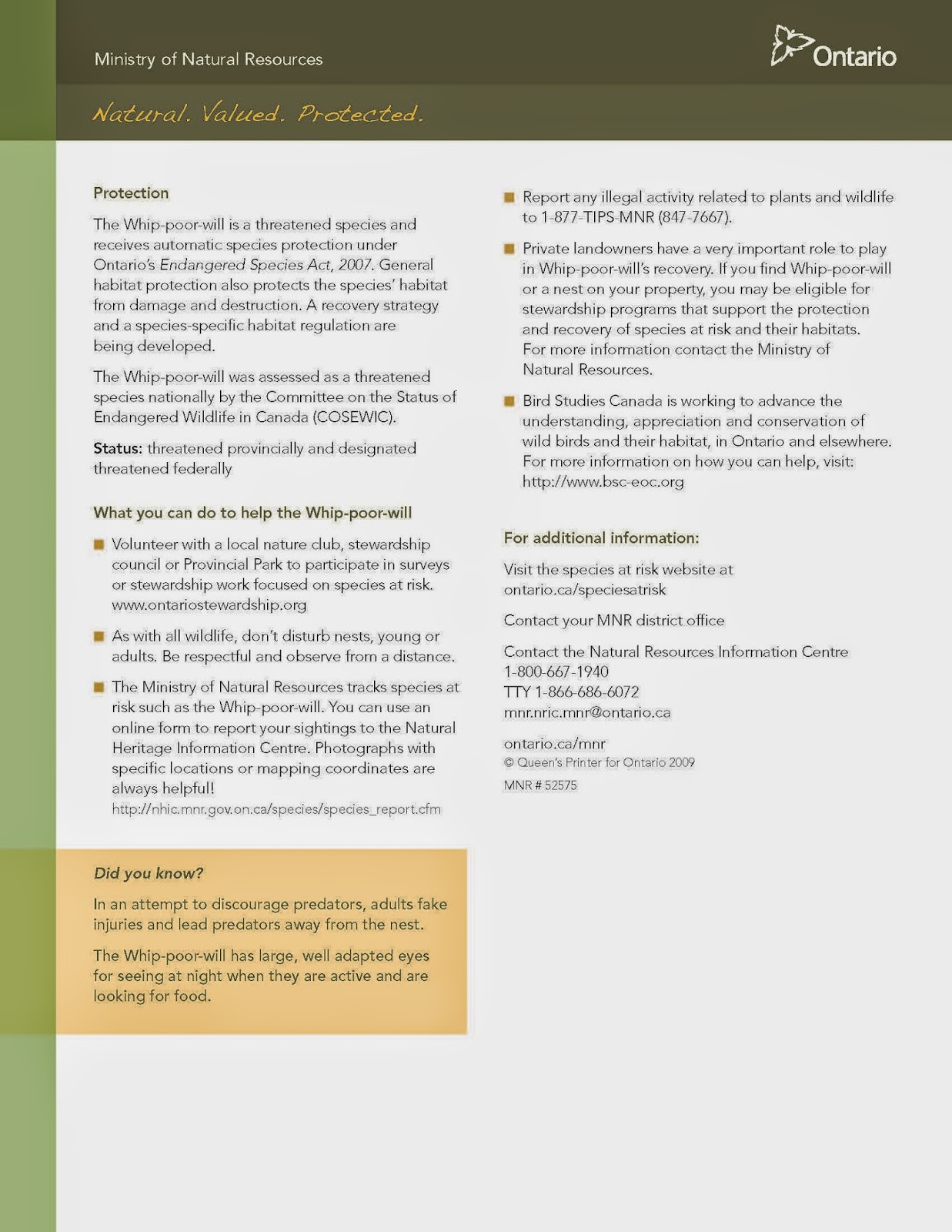